Martin Bourboulon | 2021 | 108 MINS
France/ Belgium/ Germany | Subtitles
Preview:
The government is asking Eiffel to design something spectacular for the 1889 Paris World Fair, but Eiffel simply wants to design the subway. Suddenly, everything changes when Eiffel crosses paths with a mysterious woman from the past. N.B. Derek Malcolm will not be able to open the Festival as programmed due to unforseen circumstances. He sends his apologies. 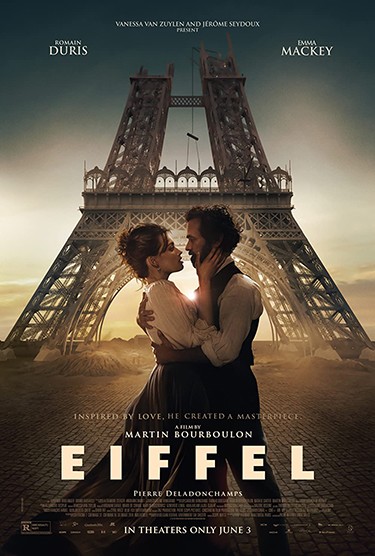 "We’re going to build a dream, a tower 300 metres tall, made wholly of metal, in the middle of Paris, and everyone will benefit from it". It is September 1886 and the Washington Monument, inaugurated the year before, has set a new benchmark of 169 metres in height in the tiny world of creators of large, international monuments.

In the context of the World Fair, which is due to unfold in Paris 1889, the French government are looking for something spectacular and full of panache, and engineer Gustave Eiffel (Romain Duris) takes up the challenge. He does it partly out of love for Adrienne (Emma Mackey), a now married woman with whom he randomly reconnects.

The film looks back on the fight fought by “a man with an idea which was bigger than him”, offering up plenty of details, pace and credibility. This is a Parisian odyssey which attests to solid prowess in the field of mise en scène and in the incorporation of special effects, and which is lent even greater energy by Romain Duris an excellent lead actor allowing him to play the protagonist for the full 29-year duration of the story. It is a gamble which has paid off for this popular film which does not hide its objectives, and ultimately keeps its promises. With Pierre Deladonchamps, Alexandre Steiger, Armande Boulanger and Bruno Raffaelli.

GALA SCREENING:
Wed 10 Aug: Gala Dinner 18:30 at Brasserie Blanc - film at 20:30 approx
Gala Tickets £39
Book your film seat as normal, and you will be automatically booked for the dinner.

N.B. Derek Malcolm will not be able to open the Festival as programmed due to unforseen circumstances. He sends his apologies. 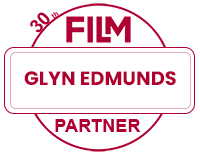