Xavier Giannoli | 2021 | 150 MINS
France | Subtitles
UK Premiere:
The story of the rise and the fall of a young man in Paris who dreamed to be a writer and became a journalist. 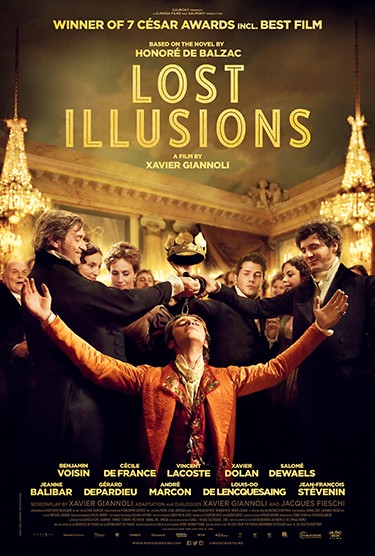 ‘Lost Illusions’ is for many critics, the best Balzac novel, and this superb adaptation that director Xavier Giannoli delivers is a costume epic, dynamic and very well interpreted. It also has a special resonance in our world controlled by social networks, search for buzz, influencers, fake news and a few rich media owners.

However, it takes place in the first part of the 19th century (around 1820-1830) during the period of "Restoration", when monarchy came back to power in France but also when the liberals were pushing for changing the regime or at least experimenting new liberties such as parliamentarism and freedom of the press. Lucien de Rubempré (Benjamin Voisin) is this young man full of dreams who comes from the French countryside eager to live from his literary talents, driven by his forbidden love to a rich aristocrat. Sent away to Paris, little by little Lucien will lose his illusions to discover a world full of greed, Machiavellianism and dishonesty.

Xavier Giannoli tackles from a very rich novel, the transformation of literature into merchandise. The depiction of the book publishers is Machiavellian. The depiction of a new kind of journalism based on sensational news is quite shocking, as he tries to discredit them and presents them as filthy people, and greedy for money. This sweeping period drama may be up to its eyeballs in costumes and carriages, but it plays with all the brio and jeopardy of a modern-day gangster movie, featuring hack journalists as its antiheroes.

There is nothing new about fake news, and it may shock today’s audiences to learn just how powerful - and how corrupt - the media was two centuries ago this year, just as printing presses were making it possible to mass-produce misinformation, and sell-out artistes. With its stellar performances, (even Gerard Depardieu has a small role as a publisher) dramatic orchestral score and rich costume and set design, ‘Illusions Perdues’ is a sweeping narrative of love, lust and literary ambition. Not to be missed.

We thank Gaumont for this screening

Another superb Balzac adaptation Eugenie Grandet is being shown on Thu 18 Aug 13:00 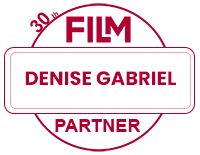 Frédéric Tellier
French Film Festival UK A politically-charged drama intertwining the lives of three strangers as they go up against a corporate behemoth.
FROM 10 Dec

Phyllis Nagy
When Joy’s pregnancy leads to a life-threatening heart condition, she must navigate an all-male medical establishment unwilling to terminate her pregnancy, in order to save her life.